Prophet Muhammed (peace be upon him) – The Role Model 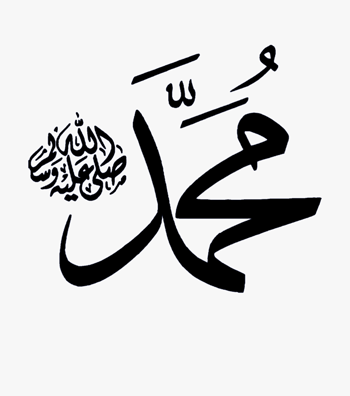 As Muslims, who is your role model?

Is it a celebrity or a sportsperson? Is it a fictional character or the author of your favorite book?

The problem with these role models is that they are flawed in their own unique ways – like all of us. But the Prophet (peace be upon him) isn’t. This is the reason we are asked to follow the Quran and his example.

– As a husband
The Prophet (peace be upon him) would treat his wives with equality. He would provide for them and also care for their emotional well being. He was a loving, caring and affectionate husband who made every effort to honor his wives. He would play with them, he would joke with them.
And despite being tasked with establishing the message of Allah, he would make it a point to help with household chores. He certainly set a high standard for the men to follow when it comes to treating their wives well.

. He didn’t shy away from letting his children know he loved them, and in his own words, showing such mercy and affection is also one way to receive the mercy of Allah.
Whenever his daughter Fatima (may Allah be pleased with her) would enter, he would stand to her and kiss her, and he would sit her in his sitting place.

– As a thoughtful leader
He (peace be upon him) emphasized on education. He spoke against racism and the caste system. He advocated women’s property rights, he treated everyone equally. He practiced justice. He did away with vices, unethical practices, superstitions and evil beliefs that were prevalent in Arabia at that time.
He was given the choice between becoming a king-prophet or a slave prophet. He chose to be a slave-prophet serving Allah and humanity. In this manner he encouraged people to choose the hereafter, rather than chase the riches of this world.

The Prophet (peace be upon him) was an incredible administrator. He transformed the city of Madina to a great nation having its authority over the entire Arabian Peninsula in just ten years’ time! He united the warring tribes and clans of Arabia into a single nation. and established an administrative system based on Islamic ethics.

Examples are many. The crux is this – if we follow the example of the Prophet (peace be upon him), we will prosper in this world and the next.